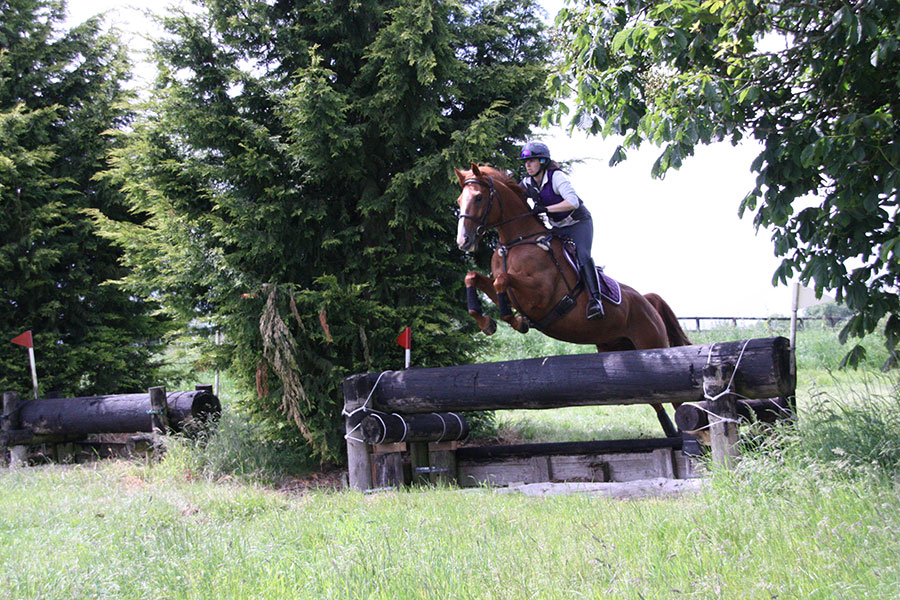 Two ex-racehorses, owned by Kirsty Holder, were both having problems with poor feet.

Copper Sound, a 15-year-old chestnut Thoroughbred gelding, had been raced in point-to-points and National Hunt until he was eight years old and then retired due to injury. Kirsty introduced him to eventing, showing and dressage and the pair were very successful, winning and being placed many times. Four years ago he suffered a break in his pedal bone which took quite some time to repair but he is now recovered and enjoys hacking and flatwork with occasional jumping.

Kirsty’s other horse, Raven’s Nest (Bertie), is a nine-year-old bay Thoroughbred gelding who had raced on the flat and over hurdles but retired as a six-year-old as he had no interest in racing. Since being owned by Kirsty, the pair have enjoyed many different disciplines and activities including hacking and flatwork as well as competing at show-jumping, dressage, showing, fun rides and eventing, often returning home with rosettes. They competed at the ROR National Championships at Aintree in 2017 taking home the Reserve Champion title in the Intro Dressage, 9th place in the 75cm Open Show Jumping and 7th in the In-Hand Flat Horse showing class.

However, with both horses having poor feet, it was a constant battle for Kirsty to maintain them. Their feet were very fragile, often splitting and breaking and they were always losing shoes.

Last summer, when Kirsty was visiting the Badminton Horse Trials, she spoke to the team on the HorseHage & Mollichaff trade stand to ask about a calming feed for Copper Sound. When she mentioned the problems she had with both horses’ hooves, she was told about Mollichaff HoofKind Complete.

It’s low in starch and sugar, high in fibre and does not contain any cereals. It provides a low level but high quality protein and restricted calories to give limited, controlled energy from high quality digestible fibre and oil-based ingredients. When fed at the recommended levels, it can be used as the sole bucket feed.

Said Kirsty: “I have been using Mollichaff HoofKind Complete since May 2019 and I have to say that I have seen an incredible improvement in both horses’ feet. No lost shoes, no brittle feet and they are now both barefoot. Bertie originally had to go barefoot after pulling a shoe off and damaging his hoof which meant the farrier was unable to attach a shoe. The farrier said it would take 12 weeks before he could be shod but after six weeks he was amazed and could not believe the difference in their feet. The only thing we had changed was their feed to Mollichaff HoofKind Complete.”