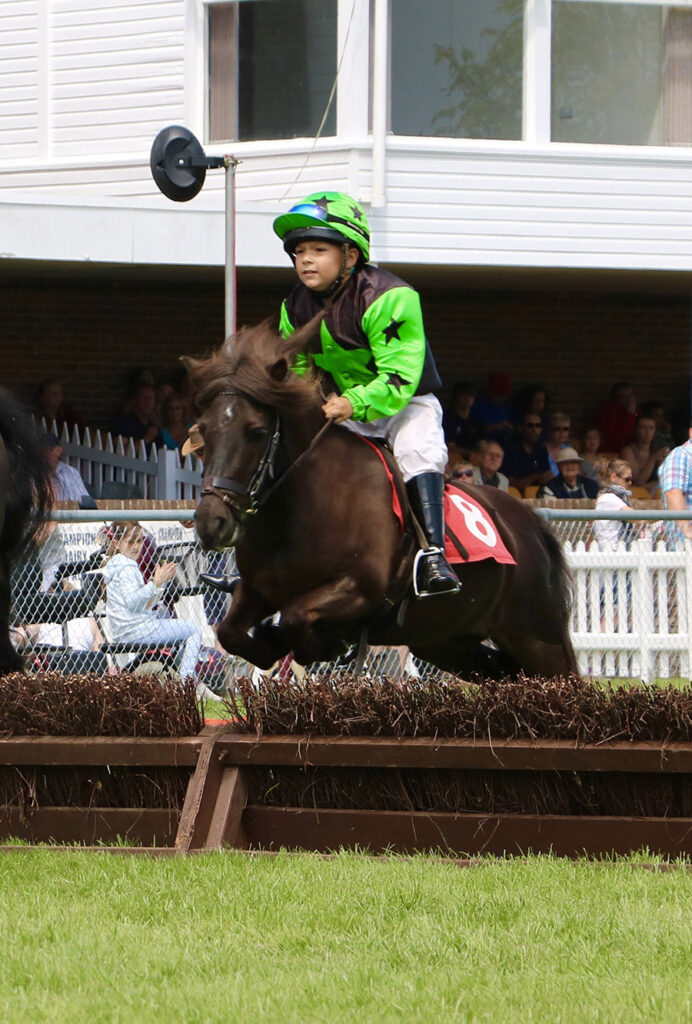 Talented 10-year-old rider, Alfie Diaper, is aiming to make his mark in the world of show-jumping, currently having four rides and competing in 128cms (Gold League), 138cms (Silver League) and COH (Children on Horses) classes.

But as well as show-jumping, Alfie also enjoys the whirlwind circuit of the Shetland Pony Grand Nationals which take place at major events up and down the country.

It seems that Alfie is galloping ahead to become a very versatile young jockey, learning to cope with the differences in competing on a Shetland pony, racing as fast as possible to win, to riding a horse with a completely different stride over fences plus show-jumping various sized ponies in-between.

But it hasn’t been an easy year for this remarkable young boy from Dorset who has certainly had a roller-coaster 12 months. Left fighting for his life last year following a nasty fall from his cycle and rupturing his spleen, it was a long road to recovery after surgery, but even though he started the 2019 season late, he went on to give his all with his team of ponies.

With show-jumping successes in Bronze and Silver Leagues on his three ponies, Buddy II, Euro Magic and Little Maggie May, he also competed in Shetland Pony Grand Nationals, winning at Plumpton Racecourse as well as the prestigious London Olympia Horse Show and Liverpool International with his racing Shetland, Damerham Briar Lilly. At Liverpool he also took the crown in the popular Mini Major competition, partnering up with professional show-jumper, Will Fletcher, in a fast-paced, nail-biting finish with clear rounds for both riders.

With high hopes for the 2020 season, Alfie was aiming to start the Shetland pony racing season at Badminton and hopefully get selected for Royal Windsor, with Liverpool International in his sights for later in the year.

In show-jumping he took the step up to Gold League 128cms with Buddy and qualified in January for the final at the Royal International Horse Show (RIHS). Continuing in Bronze League with Little Maggie May and aiming for Silver League, he also gained a new ride, Annandale Royal Jubilation. A former working hunter pony, she began her show-jumping career with Alfie and they are hoping to jump top tracks next year.

Another new ride for 2020 is Curosa III, a proven COH horse, acquired with the aim to take Alfie to the next level once he is old enough in October to compete in COH classes.

But then COVID-19 struck and everyone’s plans for the season ahead were halted.

This was a major blow for Alfie as, like many other competitive riders, he had competitions and qualifiers lined up for the whole year.  However everyone was in the same situation and so the spring and summer months were put to good use hacking out and schooling at home, until British Show Jumping competitions were able to resume outdoors.

With a team of very different horses and ponies competing at various levels and disciplines, Alfie and his family understand the importance of feeding the best possible forage.

Said Helen, Alfie’s mum: “We use High Fibre HorseHage for Alfie’s team and I also feed it on my livery yard. It’s a great all-round forage which is high in fibre and low in starch and sugar. Because it’s dust-free, we can feed it with confidence, knowing that we are helping to maintain healthy respiratory systems in the ponies to allow them to perform at their best. It’s also really handy for travelling which is just what we need when we are out competing.”

With HOYS cancelled for 2020 and the rest of the indoor season still under review, no-one knows what lies ahead but one thing is for certain, Alfie Diaper and his pony team will be a force to be reckoned with, once competitions are full steam ahead!