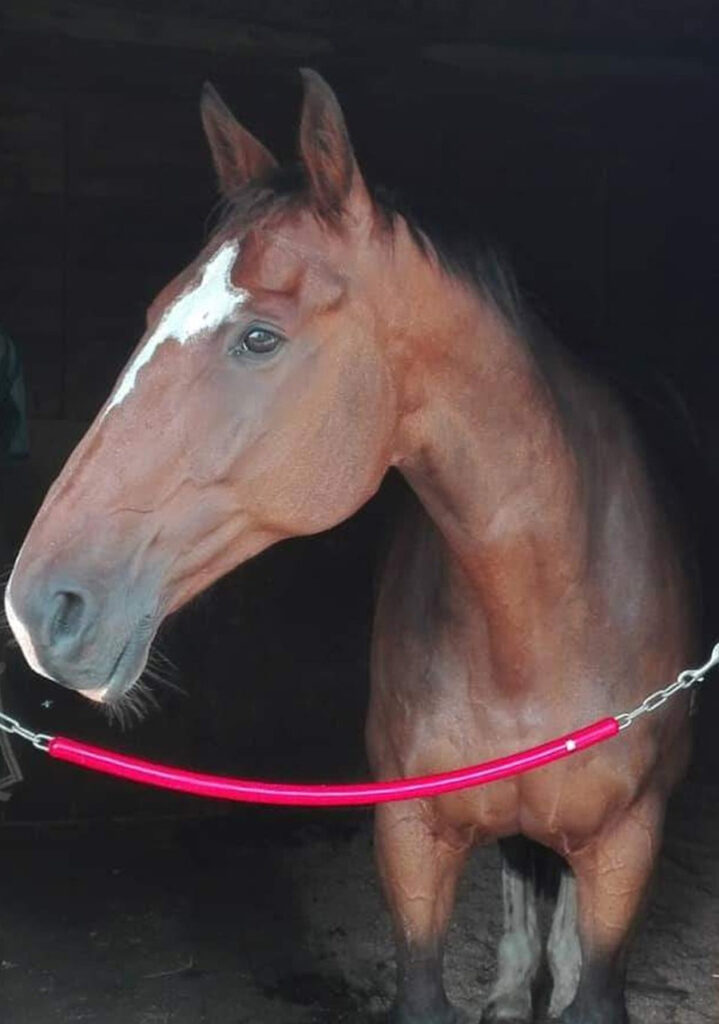 We are all much more aware these days about the management of respiratory disease in horses and the need to pay close attention to the environment as well as our horses’ diets, in order to reduce the level of exposure to the disease-causing agents.

He was put on various oral and nebulised steroids as well as antibiotics and, when scoped, the vet suggested it was one of the worst cases of RAO that he had seen in his career.

Said Sarah: “Leon has always been on shavings in his stable and was fed from the floor, turned out as much as possible and fed steamed hay, but I believe certain hay containing dust or mould spores seemed to set him off coughing.”

Sarah saw Timothy HorseHage in a farm shop and decided to give it a try, knowing that it is dust-free. Leon loved it and Sarah noticed there was no dust or fine debris left on his stable floor which was reassuring as the particles triggered his respiratory problem. Also he ate up really well with every scrap gone in the morning.

Now that his injury has healed, Sarah is able to ride Leon up to four times a week, mostly hacking with occasional dressage, schooling and jumping sessions.

She said: “I use either the Timothy or High Fibre HorseHage as these two varieties are low in sugar and don’t make him fizzy like ordinary haylage can. I believe incorporating HorseHage into his daily regime, together with his steroid inhalers are managing his condition well.”

HorseHage is a dust-free bagged forage containing no chemical additives, mould inhibitors, flavourings, molasses or inoculants and comes with a 100% guarantee.

Due to the fermentation process, the sugar in HorseHage is considerably lower than other types of forage – typically less than 5% – and this, along with the lower energy content makes the Timothy and High Fibre varieties of HorseHage suitable for horses and ponies prone to laminitis. The Timothy variety is also extremely palatable and is great for fussy feeders.